G’s Thoughts: I Want My Money 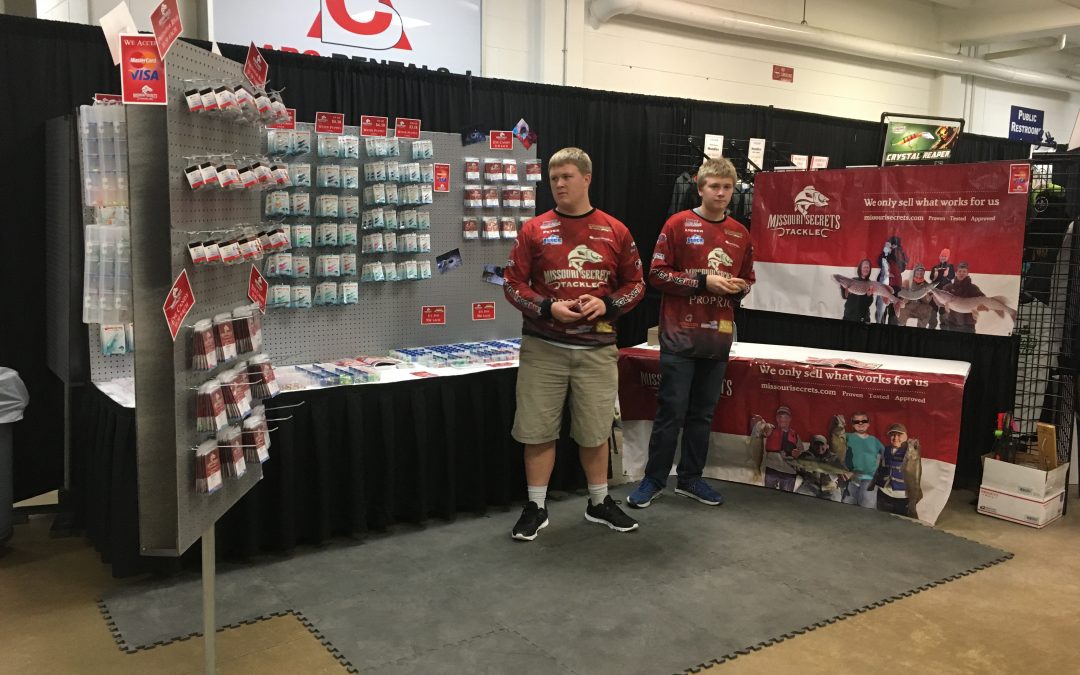 I spent the weekend watching Peter get his new demo boat ready to put on the water this week and can’t help but look back on the last ten years. I remember a couple of years ago getting back from a long, rewarding, hard and fun weekend selling fishing tackle at a ice fishing show in South Dakota. Peter was 15 at the time and was a blast watching him shine doing what he loves-talking fishing. It’s hard to believe that he has been running Missouri Secrets Tackle with his brother for 10 years now. At first, Kirsten and I were just parents with a drivers license at sport shows like this one, but that year Peter got his own drivers license, bought a new truck and kept mom and dad around for moral support. There is a lot of parental pride watching Peter and Dan’s success in a small little venture they started when they were eight and ten years old, respectively. However, there is a back story that needs to be told, not because of what we see in our boys, but what we hear from the older generations.

So how did Missouri Secrets Tackle come to be? Well, when I got hurt in 2005 we lost everything in a gradual destruction of our business and finances. It was a time when every financial decision we made was a no-win situation. Money wasn’t tight; it was non-existent. Due to our situation and the plan that we were going to raise our kids to work for what they wanted, before I got hurt, we started having the kids do odd jobs to earn some spending cash. Keep in mind that Dan was 5 and Peter was 3 when I got hurt.

When Peter was 4 or 5 he wanted to start shooting the .22 so we asked him if he had some money to buy some rounds. He went to his room and came out with a handful of change and bills. On our next trip to town we stopped at the sporting goods store. Peter ran to pick out two boxes of .22 rounds and we looked at the price and made sure he had enough money to cover the cost. This was not the first time he bought something with his own money, but is definitely the time I remember. He proudly walked up to the register and placed his rounds on the counter. The clerk rang them up and asked for the total. Peter proudly counted out the money and gave it to the clerk. She took the money and placed it in the till. Peter’s face instantly turned from pride to a horrified, confused combobulation as he looked at me and said, “what is she doing with my money?”. I said “putting it in the register, that’s her job”. He looked back and forth between me and the clerk a few times and with a desperate confusion in his young, crackling voice and tears streaming down his face he proclaims “I want my money” without skipping a beat, the clerk leaned over the counter and with all the compassion she could muster looks at Peter and says, “Honey, I feel the same way every time I go shopping”. After a little convincing by me and the clerk, Peter decided to leave his money in the till and take the .22 rounds home.

Fast forward 14 years…Dan and Peter are selling fishing tackle at sport shows across the upper midwest and one of my favorite things to do is talk to all the folks who are watching Dan and Peter sell tackle.  There is a comment made that completely caught me off guard the first time I heard it. But now that we’ve been following the boys selling tackle for 10 years, we hear this comment between five and 10 times every show. What’s interesting about this comment is who it comes from. It’s typically from the generations that lived through the Great Depression and World War II. These are folks that I have a lot of respect for and they generally don’t speak about personal things with much of anybody. And because of this, I was first caught off guard by this comment and now realize how close I was of been guilty of the same thing they’re commenting on.

The conversation typically goes like this. They ask what exactly is going on with two young boys selling fishing tackle and I give them a quick little description of how Dan and Peter were earning money to support their hunting and fishing habits and learn the value a dollar. And then they look at me or Kirsten and say “this is amazing, I ruined my kids.” You can see why it caught us off guard the first couple of times we heard it. Every time I hear this comment we ask, “what do you mean by that” and the answer is typically the same. They say something to the effect of “I did everything I could for my kids so they didn’t have to work like I did, and because of that, they have no work ethic and they expect someone else to do everything for them.” This show was no different; we had six people come and ask what was going on at our booth and make this comment and we had the same conversation.

What’s humbling about this conversation is that Kirsten and I probably would’ve never stuck to our plan or at least never been as strict as we talked about before we had kids, if I never would’ve gotten hurt. And if that was the case, none of our kids would’ve learned the valuable lessons about faith that we as a family have had the opportunity to learn over the last 15 years. There’s a really good chance I would not have had the opportunity to take the stage with my son Peter at that sport show and teach a seminar entitled “Raising an Angler”, where he and I discuss what it takes from the parent’s and child’s perspective to raise a kid to love and respect the outdoors. So don’t be afraid to make your kids work for things. Don’t be afraid of not giving them what everybody else has given their kids. What I’ve learned over the last 15 years is that the most important thing you can give your kid is the one thing only you can give and that’s you. You can only teach them what you know and help point them in the direction they need to go for the rest of their life. It’s a lot of fun to learn hard work, determination and what it means to have faith together as a family.